7 Reasons Why Your Competitors Can Sue You

By Plan CoverDecember 11, 2020No Comments 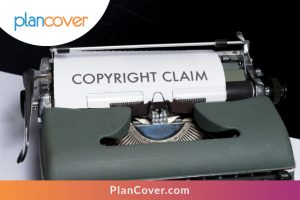 20th Century Fox’s “Star Wars” is one of the most successful movie franchises of all time. No wonder after its initial success in 1977, Universal Studios tried to have its own version of sci-fi presence, launching “Battle Galactica”. Interestingly, “Battle Galactica” had too many similarities with the “Star Wars” for which 20th Century Fox decided to sue Universal Studios for copyright infringement. (1)

Over the decades, there have been many such instances when a company sued its competitors. For instance, Technology giants have taken legal actions against their peers for varied reasons.

Such brand feuds are more common than you may realize. A company can take its competitors to the court on various grounds. So, if you’re a business owner, it’s essential to stay vigilant against such possibilities and take adequate remedial measures in advance. Because if your competitor indeed sues you, even if you win the case, you would still have incurred a hefty legal cost, which is not viable for SMEs who usually have financial limitations.

In that context, here are 7 reasons why your competitors can sue you:

Also called advertising war, comparative advertising includes a brand using its competitor’s name in its advertising material or campaign. While several brands do this now for the purpose of fun, if stretched beyond a threshold, it can result in a lawsuit. For instance, if in your ad you’re demeaning or discrediting the competitor’s brand and product, it can qualify as defamation and that competitor may decide to take legal action against your company.

To beat their competitors, it’s not uncommon for companies to go the extreme length. Often, in that process, they somehow manage to acquire internal and confidential information of the competitors. Now, even if the information isn’t particularly valuable, then getting hold of it stands as a solid ground for a lawsuit. Of course, using such confidential and ‘only for internal use’ information will mean even greater claims from that competitor.

It’s common knowledge in the marketing world that many companies publish fake customer reviews and client testimonials to position their products strongly. (2) If the competitor figures out a company is using this deceptive tactic to get a market edge, they can take legal action. It is important to note here that such instances can also wreck a brand’s reputation, resulting in the ultimate demise of that company in extreme cases.

Many companies often go overboard in their advertising campaigns, exaggerating their products or services. This may seem innocuous but it can be a feasible reason a competitor can sue that company. After all, such campaigns can pull away that competitor’s customers and lower their comparative sales.

In such cases of misleading advertising, the competitor may not always choose to file a lawsuit but rather bring the advertising material to the attention of the Advertising Standards Council of India (ASCI). Thereon, ASCI can do its investigation and take necessary actions, which can cost that company a lot if found guilty. In an example of the US, in 2010, the Federal Trade Commission took objection to Kellogg’s misleading advertising claims and asked them to pay a whopping $2.5 million to the affected consumers. (3)

A few years back, Bharti Airtel filed a case with the Competitive Commissions of India (CCI) against Reliance Jio for offering its service for free. (4) While CCI squashed the complaint and cleared Jio, it’s a fine example of how aggressive pricing can result in a competitor taking legal against that company. The basic thesis behind this is a company with greater resources can offer products at a lower price, capture a bigger portion of the market and then scuttle the competitors out. This goes against the competition act.

This is perhaps one of the most common reasons why companies get sued by competitors. If someone is using or exploiting a competitor’s copyright, or trademarked material, without permission, in any way or form, they are violating intellectual property right. They can be sued and such claims can be very expensive. Patents are not covered under insurance.

Say Company A is successful, it has great brand value and it has a high sales volume. Now, if Company B enters the market and starts producing products that look quite similar to the products of Company A, that is not only unethical but also qualifies as trade dress infringement. Several companies do this. They ensure the physical appearance of their product is similar to their competitor’s so as to confuse the consumers between the two brands and deceptively increase their sales. The company they are copying (in our case “Company A”) can file a lawsuit against them (“Company B”).

A Few Things About Antitrust Investigations

It’s also worth noting that alleged unfair competition activities may not only call lawsuits by the competitors but also, at times, from the regulators or state bodies. This comes in a direct attempt to preserve the competition law. For example, the US Department of Justice recently filed charges against Google for its alleged monopolistic practices. (5) Even in India, such antitrust investigations and actions are common with brands like Google and Facebook in the limelight. (6)

So, in the end, it’s important to remember that even inadvertent activities can lead your competitors to sue you. And as your company grows and gains a greater portion of the market, the risks of antitrust investigations rise as well.

How to Protect Your Business against Such Claims by Competitors?

The first step is, of course, to do everything possible to ensure the competitors do not sue you. For example, avoid targeting them in your advertisement campaigns, do not acquire their confidential information, follow ethical practices and standard code of conduct, and more.

Next, in case if a competitor does take legal action against your company and relevant stakeholders – stay financially prepared for legal costs and other related expenses that you will incur in defending yourself against the claim in the court. This is where business insurance becomes important. The best insurance policyThe legal document issued to the policyholder that outlines the conditions and terms of the insurance; also called the ‘policy More can protect your company and all its relevant stakeholders, as outlined in the plan, against the legal claims made by a competitor, or anyone else. There come many types of business insurance policies. Depending on your needs and requirements, as well as the risks you’re exposed to, pick the right policies and shield yourself against lawsuits. Consult an insurance broker and buy the right business insurance policies.

Close Menu
Get Your FREE QUOTE